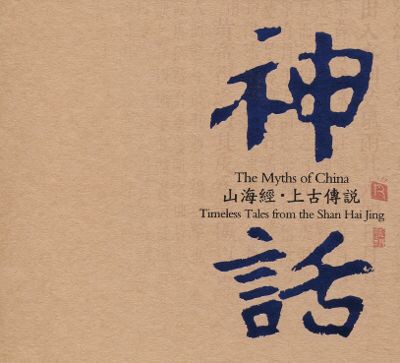 The strikingly beautiful look of the physical CD and the packaging are practically an indictment of streaming and digital music formats.  Producer Ye Yunchuan is the founder of Rhymoi, an audiophile label dedicated to contemporary Chinese music.  If this release is any indication it would be wise to pay attention his work.  Besides the excellence of the physical product the quality of the recording will please the ears of the staunchest audiophile.﻿

Zhang Zhao is apparently one of China’s best known living composers (at least in China) and said producer favors us with a truly grand release.  Some of Zhang’s piano works are standard test pieces for conservatory students and this recording reveals his unquestionable mastery of orchestral technique and a mastery of a variety of traditional Chinese instruments as well.  Though biographical specifics are sparse this composer has a growing discography and the present disc demonstrates a highly skilled compositional voice.

This ambitious project is essentially a tone poem or series of tone poems (think Smetana’s Ma Vlast) on stories from a collection of Chinese myths called the Shan Hai Jing (The Classic of Mountains and Seas) a large collection of stories dating from the 4th Century B.C.  I don’t know how well these stories are known in contemporary China but this is a vast and rich culture that has deservedly survived its own sociopolitical dynamics and continues to inspire new artistic endeavors from its rich legacies.  It is no wonder that the composer found inspiration here.

The composer has chosen 11 stories from the big 18 chapter work.  The setting is for large orchestra, chorus, children’s chorus, and at least 21 solo instruments which include both western classical and traditional Chinese instruments.  Such a large and diverse set of instruments poses a challenge by itself but the composer succeeds well due in part to having some of the country’s finest musicians whose mastery of these (to most western ears) obscure instruments is clear.  The orchestral musicians and choruses also demonstrate a high level of skill and commitment.  And the composer succeeds very well in integrating such diverse instruments quite comfortably into the larger mostly western classical fabric.  It is reminiscent of Tan Dun’s large Symphony which incorporated a set of ancient Chinese bells into its texture and similarly pays homage to great traditions.

The 11 sections are beautifully illustrated both by calligraphy and line drawings by Dong Xiaqingqing.   Thankfully there are lucid texts in English by Joshua Cheek and Nicholas Angiers describing the myths and giving some clues to some of the interpretive intentions of the composer’s musical choices.  These greatly enhance the enjoyment for those unfamiliar with this lovely mythology.

3. Yu the Great Controls the Floods

5. The War on Chiyou

10. The Goddess of the Luo River

This writer has but a passing familiarity with a few of these traditional instruments but the sonic colors are used to great and sometimes subtle effect.  It is a huge sonic tapestry and the  lush and full sound are the result of the skills of sound engineer Zhang Xiao’an.

It is important to note that this disc does not have an experimental feel but rather utilizes a range of compositional devices whose end result leans toward an easily digestible experience which successfully avoids bland populism while creating a lucid musical experience.  It is music that would doubtless be welcomed in most orchestral programs and contains great depths of invention and descriptive power.  It is grand and perhaps cinematic in scope as are the best works in the tone poem genre.