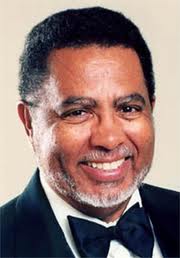 In honor of Black History Month I want to bring attention in this blog to black music that is not a part of popular culture. I want to highlight some of the black classical composers whose work I find most satisfying and accomplished.

I will begin with the music of Adophus Hailstork. I had been aware of some of this man’s work for some years but it was when I purchased the Naxos recording of his 2nd and 3rd Symphonies that I came to appreciate the power of his work.

Hailstork was born in 1941. He studied piano, organ, voice and violin. He is another of a long line of composers who studied with Nadia Boulanger in Paris. As one would expect, some of his music is concerned with significant events of the civil rights struggles of the 1960s and 70s. ‘American Guernica’ of 1983 is his response to the 1963 bombing of the 16th Street Baptist Church which killed four little girls. Similarly his 1979 composition, ‘Epitaph for a Man Who Dreamed’ is an homage to Dr. Martin Luther King, Jr. who was felled by an assassin’s bullet in 1968.

I purchased the Naxos disc to become more familiar with this man’s music. The first work on the disc is the 3rd Symphony of the late 1990s struck me as a highly entertaining and accomplished work that deserves a place in the symphonic repertoire. It is a joyous and inventive work which, to my ears, echoed the likes of orchestral masters such as William Schuman and Vincent Persichetti as well a hint of minimalist repetitive structures. It is a lavish neo-romantic work with a depth and complexity that demands several hearings but one which has an immediate appeal. The somber 2nd Symphony is imbued with the composer’s reactions to having visited the historical slave market areas of West Africa which, I imagine, must be not unlike visiting the death camps of the former Nazi Germany.

As time and finances permit I intend to pursue more of this American composer’s works. There is precious little reference material to be found on the Internet regarding this prolific masterful composer (as is the case with all the black classical composers i have so far encountered) though, thankfully, there are more recordings.

Africlassical.com and its related blog provide some information on about 50 composers and musicians. The now retired daring black conductor Paul Freeman recorded a significant series of music by black composers issued on 9 LPs for Columbia records in the 1970s. He recorded another 3CDs of music by black composers on Chicago-based Cedille records. He founded the Chicago Sinfonietta (billed as the world’s most diverse orchestra) and was its principal conductor for 24 years and continues in its mission of diversity presenting unusual concert repertoire.

More about some of the composers on those Columbia LPs and Cedille CDs as well as others to come in future blogs during this month.

3 comments on “Black Classical Part One”