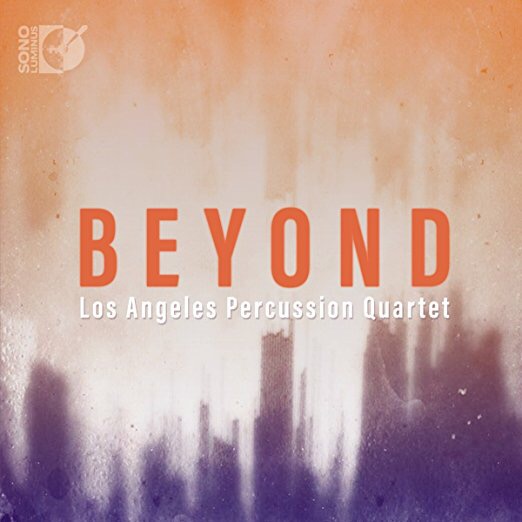 Having been a bit overwhelmed with a LOT of percussion recordings lately I placed this Los Angeles Percussion Quartet recording a bit further back in my review queue.  My apologies but I did it because I really wanted to give this recording my full attention and then to have something useful to say.

So I listened.  I put this on in my car when making a trip long enough to allow me to hear one of the two discs without interruption.  And I chose a relatively non-distracting drive in which I could actually pay attention to the music without incurring some danger on the road.

Of course the first thing that strikes the listener here is the lucidity of the recording.  Sono Luminus is showing off their signal processing prowess as well as their sensitivity with things like microphone placement and all the things that only great engineers know.

Let me make one thing very clear.  I am not a fan of sonic spectacle for its own sake.  I recall one incarnation of vinyl/analog fetish releases which a friend drooled over but whose content bored me to death.  Fortunately Sono Luminus seems to be steering clear of that sand trap.

This two disc set (well, three if you count the Blu-Ray Audio disc) collects music by largely little known composers (at least to these ears).  But fear not, this is not music that sounds like someone knocked over the stainless steel pot rack at Sur le Table.  Quite the opposite.  This is some intelligent music which compels the listener to stick with each piece and follow its development.  This is apparently the fourth album by LAPQ, the previous three also being Sono Luminus productions.

The first disc begins with the first of two Icelandic composers both of whom were represented on a previously reviewed disc.  Daniel Bjarnason is a conductor and composer and his Qui Tollis, a work of wide dynamic range and a variety of moods from more assertive to more contemplative.  The second work is by the current darling of Icelandic classical music.  I am speaking, of course, of the very talented Anna Thorvaldsdottir.  Her work, Aura, is more consistently contemplative in nature and, like all her work, the listener is rewarded for paying close attention as she weaves magical impressionistic tapestries.

Memory Palace by Brooklyn based Christopher Cerrone piqued serious interest in this listener.  This man would seem to be a composer whose work deserves watching/listening.  This five movement suite for percussion indeed makes for compelling listening as he moves through a variety of moods and isn’t afraid of frank melodic invention during the journey.  This does not strike this reviewer as run of the mill percussion music (not that the preceding two works did either).  Rather this work suggests a distinctive compositional voice worthy of further attention.  Mr. Cerrone’s collection of awards including a Rome Prize and a runner up for a Pulitzer Prize suggests that he will be heard from again soon.

Fear-Release by Ellen Reid is a shorter though no less rewarding journey down yet another compositional path for percussion.  At just short of nine minutes this is a compact movement which relies on a fairly wide dynamic range and strategic use of silences and is a fitting close to the first disc.

The brief, rather poetic, liner notes draw a parallel between the multiplicity of languages found in the Los Angeles area and the multiplicity of musical languages found on this recording.  Indeed these are distinctive voices that extract a wide variety of sound from this percussion quartet.  This reviewer is somehow strongly reminded of Nexus, the Canadian percussion group which dominated the 1990s for a bit.  The similarity is in their enthusiasm and in their musical skills.  LAPQ is a distinct ensemble in its way and is a group that is not shy to be innovative.

I have to say, though, that I could have used a great deal more info and commentary on these compositions.  As one would benefit from multilingual dictionaries in Los Angeles the listener could gain much from learning more about the structure and intentions behind these fascinating compositions.  And, unless I have failed to find them (I looked closely) the liner notes carry lovely photos but fail to name the musicians whose sound was so lovingly preserved.  They are: Matt Cook, Justin DeHart, Nick Terry, and Justin Hills.

The concluding work coming in at almost 40 minutes is divided into tracks but is in fact one large movement.  It is probably the most contemplative work here though it has some pretty assertive moments.  I Hold the Lion’s Paw by Andrew McIntosh is a great show piece for demonstrating the range of these musicians.  Though continuous this piece delves through a variety of moods and uses apparently a wide variety of instruments as well.