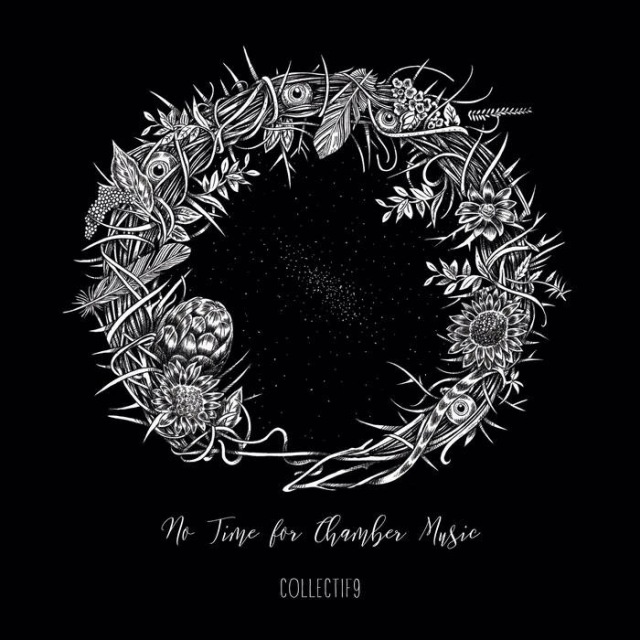 Collectif9 based in Montreal bills themselves, aptly, as a “string band”. This is their second album and I haven’t heard the first but this one is a hoot!

Drawing on the age old practice of transcribing music for chamber groups which used to be common in taverns and such back in the 18th and 19th  centuries they create delightful riffs on the music they chose.  Here they chose Gustav Mahler. If the appellation of my title, “Mahler Lite” seems pejorative fear not.  This album is sheer delight.

There are 8 tracks drawing variously from the first, second, and fifth symphonies as well as Das Lied and the Wayfarer Songs.  The last track is a fantasy by Philip Hersant on themes of Mahler.  Nine musicians, all on bowed string instruments, do a marvelous job of evoking a big sound out of their ensemble.

Transcription is a true art and this is a shining example.  Anyone familiar with Mahler’s work will find a comforting familiarity in these pieces.  What struck this listener was their ability to evoke the orchestral instruments with some clever extended techniques.  Tympani, trumpets, trombones, tympani, etc. are all slyly and successfully implied in their playing.

While the liner notes don’t go into much technical detail they are all the average listener will need.  The charming thing here is the reproduction of the painting (apparently common in nurseries in Austria) which inspired the third movement of his first symphony.  If you don’t know the painting it depicts a bunch of animals carrying a dead hunter which, perhaps, they have killed.  And it is printed on the fold out liner notes.  Mahler uses Brother John (in a minor key) as a starting place for a set of variations with the intent of evoking this image.

The design by Kanelloscob.com deserves mention.  It deserves a closer look.  They manage to integrate a group photo, a track list, credits, commentary, and a large reproduction of that nursery art.  And they do it all with paper, no plastic to crack and become unusable.  It’s low key but a really beautiful production.

Collectif9 is John Corban, Yubin Kim, Robert Margaryam, and Elizabeth Skinner on violins; Xavier Lepage-Brault and Jennifer Thiessen on violas; Jérémie Cloutier and Andrea Stewart on celli; and Thibault Bertin-Maghit on double bass (who actually did these wonderful transcriptions).

Of course the music is the main point and that is the best reason to buy this disc.  Who knows? Maybe we’ll start seeing/hearing chamber groups like this in our coffee shops. Wouldn’t that be cool?

One comment on “Collectif9: No Time for Chamber Music or Mahler Lite”