At first listen I thought I might have put an Arvo Part album. The familiar calming sounds of what sounds like “holy minimalism” seemed to be coming at me. But who is this young British composer? Well, let me tell you, you need to pay attention to this one.

While the Arvo Part comparison is apt it only describes a small part of this composer’s range. She does seem to fit some sort of incarnation of “minimalist” by virtue of her use of repetition, silences, etc. At times her music leans sweetly toward the romantic but this is hardly light fare. The music evokes a sort of timelessness and calm but there are moments of tension and sadness as well. 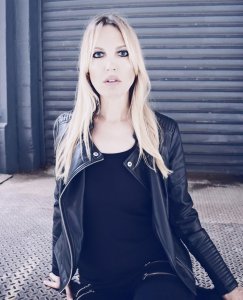 From the composer’s web site.

Jane Antonia Cornish (1975- ) is a British composer and, looking at her education and training she appears to come almost out of nowhere. Her music clearly draws on aspects of minimalism but her teachers are not the “usual suspects”. Like a lot of people from her generation she seems to draw on a rather comprehensive training in the ever expanding language of new music and uses what works for her. (Doubtless she is quite capable of writing thorny serial music should she find that useful to her expression.)  She currently lives and works in New York City.  Her web page can be found here.

Cornish is originally from London, England and she studied composition with Dr. Anthony Gilbert at the Royal Northern College of Music, and completed her master’s degree at the Royal College of Music. She is a recipient of the Edward Hecht Composition Prize, the RNCM Composition Prize and the Associated Board Prize for the Most Outstanding Scholar of the Year. Cornish was also made a Major Scholar of the RNCM.  She is also the recipient of a 2005 BAFTA award for her film and television work.

This emerging composer has been quite prolific.  The present album is her third and she has also done film scores.  Her style seems to be influenced by the post minimalist/holy minimalist school but with a touch of melancholy.  Of course it will be necessary to hear more of her work to get a good overall impression but that will be a labor of love.  This is really listenable.

This is chamber music, violin, cellos, piano but what a big and warm sound!  I liked this album immediately and subsequent listenings have failed to diminish my enthusiasm.  This is engaging and substantive music that has enough depth that allows the listener to get past the pretty surface to the complexities and subtleties that lie beneath the surface.

The musicians include: Sæunn Thorsteinsdóttir, Caitlin Sullivan, Claire Bryant, Hamilton Berry, cellos; Anna Elashvili, violin; Vicky Chow, piano.  All are fined dedicated musicians and they seem to be enjoying themselves here.  You would be doing yourself a favor to got to their respective web sites (linked from here) to see the breadth of these fine young musicians’ activities and interests.

Thank you Innova for the wisdom of recording this composer’s works (Innova has also released her albums Continuum, and Silence).  And thank you for sharing your artistic talents Ms. Cornish.