There are 555 Sonatas for piano (or harpsichord) by Domenico Scarlatti (1685-1757) and there are literally scores of recordings of these pithy little essays that lie poised between the style of the late baroque and early classical.  I first heard this composer’s work in the early 1970s in the wonderful synthesizer transcriptions by Wendy Carlos.  Since then I have found this composer’s work to move in and out of my life, just randomly.  Sometimes I don’t hear his music or even hear about him for months, perhaps years.  But then he pops up somehow.  Either I find a compelling YouTube performance on a period harpsichord or some algorithm sends me a video of Horowitz playing one or two of the sonatas.

They are deceptively simple in sound but are quite difficult to perform.  To make matters more unnecessarily complex there are no less than four separate numbers assigned to each sonata by musician scholars.  The first numbering was the Cz number by the celebrated pianist/composer Carl Czerny.  The second (from about 1906) is the L for Alessandro Longo.  Famed harpsichordist, pianist, and musicologist Ralph Kirpatrick did his edition in 1953 giving us the K numbering.  And finally another scholar named Georgio Pestelli gave us, you guessed it, a P numbering system.

One thing is pretty clear from all this fussy scholarship, that Scarlatti’s music continues to mean a great deal and is played in transcriptions probably for every imaginable grouping.  There are purist arguments as to why they should only always be played on a harpsichord and wonderfully scholarly treatises on the use of the pedal when playing these pieces on the modern piano. 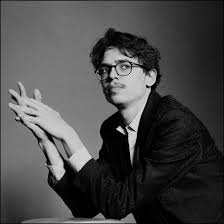 So if you want to get into Scarlatti where do you start?  I would suggest that here is a great place.  This young fine artist Lucas Debargue (1990- ), a French pianist, has chosen 52 (yes, of 555) and plays them beautifully on the piano.  These 4 CDs will do a fine job of filling that annoying collector’s gap when you suddenly realized you had no Scarlatti.  In fact you might find yourself so pleased as to not need any other versions of these works.

If you already have the complete Scott Ross collection of the sonatas or are just getting to know these little gems this is a great set.  It is a superior musician of the generation now rising to their fame as legitimized interpreters of these lovely and challenging works.

I had contemplated maybe providing a list of which sonatas are included here (they’re not even listed on the back of the box, you have to read the liner notes) but I decided that ultimately it doesn’t matter unless you are scouring the recorded archives of the world for alternatives to the Wendy Carlos versions.  The quality does vary in some of these but any collection of this sized by such a serious artist is bound to have many pleasing to the listener’s ear.  The music itself is a fine ride.  Let’s see how this new whippersnapper handles it.  You won’t be disappointed.