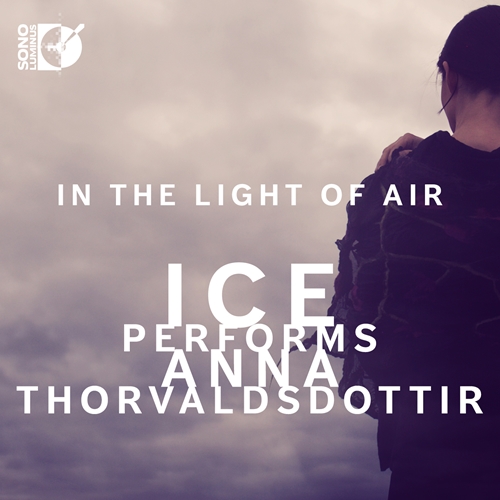 For some years now I have greatly enjoyed the contemporary music coming out of the Nordic countries.  Norway, Sweden, Denmark, Finland and the Faeroe Islands.  But I have also been aware of the truly rich musical culture of neighboring Iceland which, it seems, is less well known for its musical heritage.  Composers such as Jón Leifs and Thorkell Sigurbjornssen (among others) have created some wonderful music in the twentieth century that definitely needs to be heard more often and the present composer Anna Thorvaldsdottir is certainly a rising star in the twenty-first century, a proud example of Iceland’s best

Þorvaldsdottir (in Icelandic script) was born in 1977 in Iceland.  She earned a B.A. in music composition at the Iceland Academy of the Arts in 2004 and went on to an M.A. and Ph.D. in composition at the University of California, San Diego finishing in 2011.  She has received numerous awards, most recently the Nordic Council Music Prize in 2012 for her orchestral work, “Dreaming” (2008). 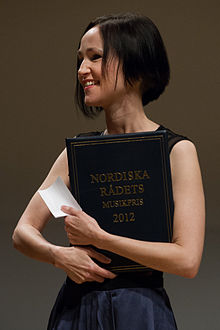 Her music can be found on 8 CD releases of which three, including the present disc, are devoted entirely to her works. The other two discs devoted to her music can be found on Deutsche Grammaphon  and, now only available as a digital download, a disc originally released on Bandcamp and now also available on Innova.  Worth noting is another disc on the Sono Luminus label that contains her chamber work, “Shades of Silence” (2012).  Here her work is presented along with that of several other Icelandic composers placing her in context with her peers.

In the Light of Air (2013-2014) is a five movement suite written for and performed by ICE (The International Contemporary Ensemble).  The work is scored for viola, piano, cello, percussion, fixed electronics and installation. There is an intended visual component here and there is a high definition video of a performance of this work on Vimeo.  It puts this reviewer in the mind of the work of George Crumb some of whose chamber works (Black Angels and Vox Balenae for example) require various stagings that are not conventional in standard chamber music performances.  You can judge for yourself as to whether the staging enhances the work but the music does stand on its own.

The five movements, Luminance, Serenity, Existence, Remembrance and Transitions flow seamlessly into one another evoking a dream-like, even impressionistic feeling.  It would appear that this composer has studied a great deal of compositional techniques and has integrated those most useful to her in her work.  We hear microtones, glissandi, harmonics, alternate tunings, vocalizations, drones, even some spectral passages.  But throughout these techniques do homage to the past by their use in this clearly 21 st Century music.  There is an overall mysterious, somber and meditative tone that seems to evoke the sometimes barren landscapes of the composer’s native Iceland.  She seems  to travel in sound worlds not too distant from Morton Feldman but also Pauline Oliveros with a dash of Debussy perhaps. I don’t know, but quality (and sometimes lack) of light north of the Arctic Circle must certainly affect the way people think and create.  But keep in mind that Iceland consistently makes the top ten lists for happiest countries in the world. Perhaps funding for the arts, such as they provide, contributes to that happiness.  When the result is music like this one can’t help but feel at least hopeful.

ICE executes the performance with their usual virtuosity and care adding another significant work to their large and growing repertoire of contemporary music.  The recording, in keeping with the Sono Luminus mission is lucid and detailed.  (Unfortunately I was unable to evaluate the DVD 5.1 audio which is included in this release.  I have no doubt that this is a great listening experience but that will have to wait until I upgrade my sound system.)

Having heard this disc and some of the excerpts of other works available on the composer’s web page I think this is an artist whose work certainly deserves attention and one whose star will no doubt rise further.   Kudos to Sono Luminus on promoting this music.  Highly recommended.

3 comments on “ICE in Iceland, Music of Anna Thorvaldsdottir”