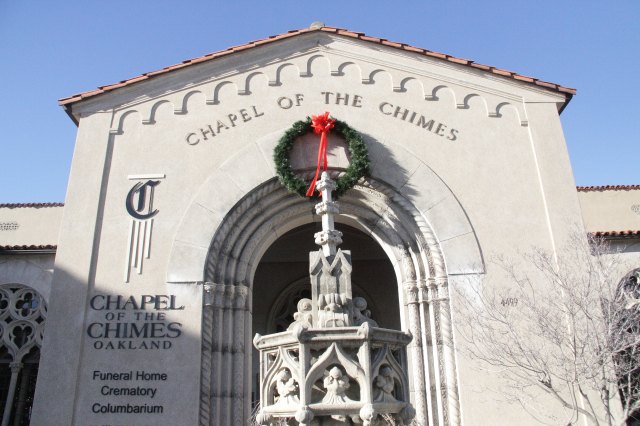 Every year on June 21st, the Summer Solstice, there is a rather unique concert event in which musicians from the Bay Area and beyond gather in celebratory splendor in the sacred space of the Chapel of the Chimes in Oakland.  The chapel is a columbarium  (a resting place for cremated remains) and a mausoleum.  The space is in part the work of famed California architect Julia Morgan.

On December 19th Sarah Cahill with New Music Bay Area secured permission to use this space for four hours from 11AM to 3PM.  She invited many musicians who had been involved in one way or another with Pauline Oliveros whose death preceded by a week or two the tragic “Ghost Ship Fire” as it’s become known.  The idea was to pay homage to both this wonderful theorist, composer, performer and teacher and also to pay homage and to mourn the losses of some 36 young artists who will now never realize their ambitions.

What follows here is a simple photo essay of my personal impressions of this event.  The slant of the winter light added a dimension to those beautiful spaces as a large roster of musicians played pieces by and about Pauline Oliveros.  It was a lovely and reverent experience.

The angle of the winter light adds its dimension. 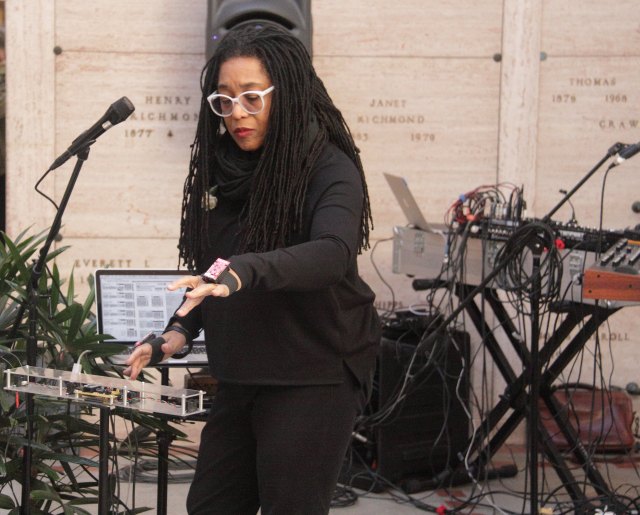 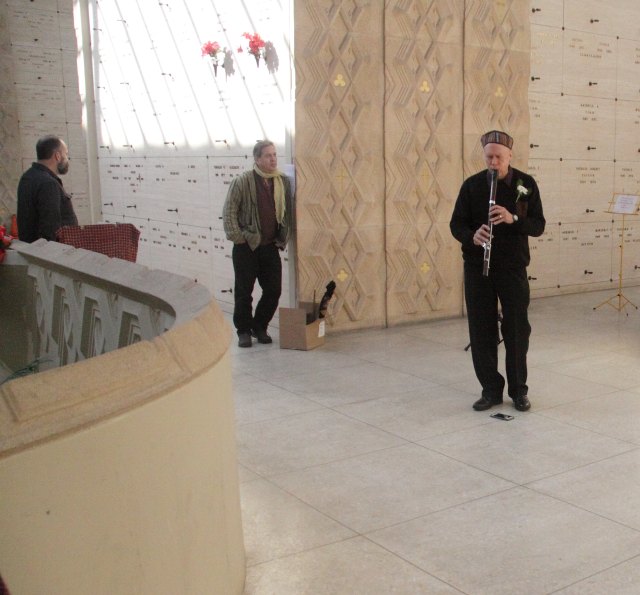 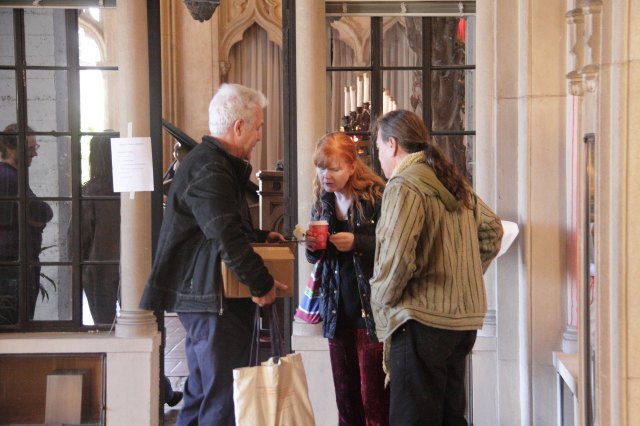 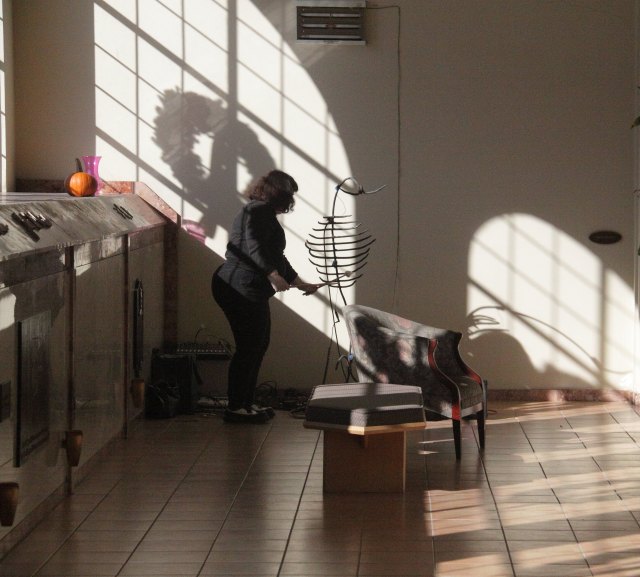