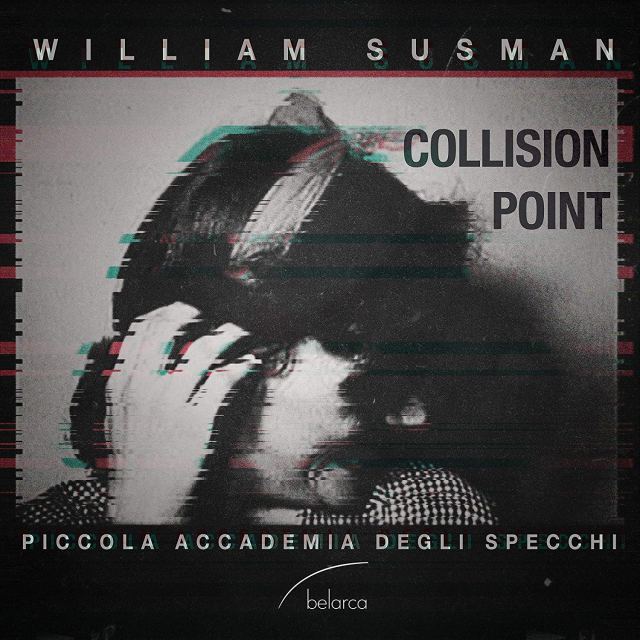 I first encountered this man’s music in a concert by the San Jose Chamber Orchestra (reviewed here).  I subsequently reviewed his album Scatter My Ashes .  Now fresh off the presses is the present disc which is a collaboration between Mr. Susman and Piccola Accademia Degli Specchi, a chamber ensemble specializing in new music.  It is a delightful and engaging journey to a region stylistically inhabited by the likes of Mikel Rouse whose post-minimalist chamber works on the Made to Measure label were a revelation to this listener in the early 90s.  What always perplexed me was why I had been unable to find more writing like this.  Well, here it is in all its glory.  These are standard concert length works (15-20 min range) which engage and sustain the listener easily leaving anything obviously experimental behind while also touching an artistic depth that satisfies.  Is there an untapped genre of well written post-minimalist chamber music?  If so, this disc belongs there.

The disc contains four works, two from the 90s and two from 2010.  The first, Camille (2010) is the three movement work that opened the lovely Scatter My Ashes album from 2014.  Like the second work on this disc (the seven movement Clouds and Flames for violin, cello, and piano also from 2010) it utilizes a very personal take on post-minimalist ideas creating music of a quasi romantic nature with echoes of Brahms as well as Lou Harrison.  By which I mean to say simply that they seem to be a mature integration of what the artist has learned in school and since then as well.

So now to immaturity, so to say.  In the last two works listeners get a glimpse of music from an earlier stage of the composer’s development.  None of that description should be read as leaning to the pejorative in any way.  These works are like studies toward the later stylistic realms of the first two works from nearly twenty years later They can, for the sake of genre, also be subsumed generally into the post minimal.  Motions of Return (1996) for flute and piano along with The Starry Dynamo (1994) for flute, alto sax, violin, cello, and piano are both single movement works. This listener is left to conclude that this artist’s maturity continues to deserve our attention.

As this is a collaborative effort it is only fair to discuss the collaborators Piccolo Academia degli Specchi :
“Piccola Accademia degli Specchi (Little Academy of Mirrors) is a chamber ensemble, based and founded in Roma (Italy) in late 2000, specializing in the performance of contemporary classical music. Its original and characteristic instrumentation (piano 4 hands, cello, violin, alto/soprano saxophone, flute/piccolo), similar but different to the common Pierrot ensemble set up, and the outstanding musicianship of its members provide its unique sound and groove.

This album is the result of a ten year collaboration between the composer and the ensemble.  Cited influences include Allen Ginsberg, Colum McCann, and Francis Bacon.  I will leave it to literary scholars to opine as to the influences here but I can say this is some great music and great music making.  Bravo maestri!!