Curiously enough the upcoming presidential elections have brought to some prominence the name of Lawrence Lessig, a Harvard Law Professor and intellectual property expert who now, as ‘Larry Lessig’ has thrown his hat into the ring as a presidential candidate.  And it is this man’s work on copyright and commons issues that speaks to my concerns in this blog to the impact of these practices on music.  Lessig makes his case in ‘The Future of Ideas’ and in the later freely available, Creative Commons licensed, ‘Remix’ in which he advocates for reform of copyright laws to foster creativity. 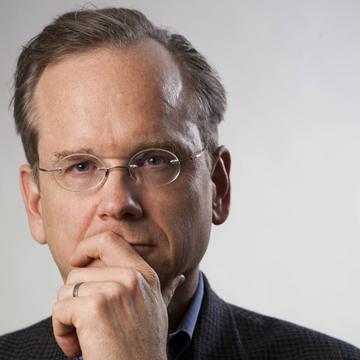 Few would argue that copyright law is overdue for a major overhaul and fewer still would deny that non-top forty composers gain little from the present form of these laws aside from the ability to deny performance, recording and distribution rights (assuming, of course, that they can afford an attorney and litigation costs).  Yet current copyright law appears to be the dominant practice.

Much of my thinking here has also been influenced by the work of Lewis Hyde whose ‘The Gift’ and ‘Common as Air’ are essential reading as well.  A subject for a future blog most likely. 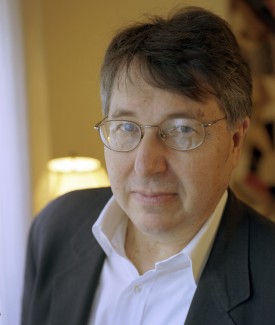 There are notable exceptions such as Frederic Rzewski‘s embrace of “Copyleft” and others embrace (including yours truly)  of the Creative Commons licensing.  My very basic understanding of these non-traditional licenses is that they allow for use and distribution of the artists’ works without charge unless a profit is made.  This worked well for me when a photo which I uploaded to Wikipedia (they recommend Creative Commons licensing for media uploads), a picture I had taken of the working model of Babbage’s Difference Engine at the Computer History Museum in Menlo Park, California, was found by someone at Harper Collins who contacted me and negotiated a fair price to include this photo in Walter Isaacson’s ‘The Innovators’.

Now I believe I tread more contentious ground with my concerns about the consumers, the listeners, the audience.  As an avid listener to new music I have encountered barriers that block my ability to listen to new music.  High ticket or CD prices and geographical distance are well-known barriers. However some  artists like La Monte Young hold their work so tightly under copyright so as to effectively limit the availability of both live and recorded performances, restricting access to perhaps thousands of listeners (Would you believe maybe hundreds?)

Others such as my friends David Toub, Kyle Gann and many others put much of their work, scores and recordings, online for all to access. 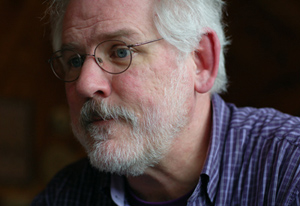 As an avid listener and collector of new music I have amassed an archive of air checks, live recordings, bootlegs, free copies, etc. of a great deal of new music.  Indeed there are vaults of broadcast and other live recordings that languish awaiting the ravages of time to destroy them.  If I didn’t catch the original broadcast there seems to be no way to access these recordings, even just to listen.

I am a listener and like to promote what I think sounds interesting.  I do not and will not sell these recordings but I have given them away to interested folks.  I see this as sort of dissemination of what might not be heard at all.

I am aware that the nature of the music I tend to address in this blog appeals to a rather small audience.  I once had the experience while driving and playing a favorite CD having a friend comment, “You know I think that if someone broke into your car they probably wouldn’t steal your CDs.”  Some months later I did find my car stereo gone and, as predicted, the CDs were left on the seat untouched.  My point is that promoting this music by making it available to interested listeners may help promote the music and is not likely to take money out of the artist’s pocket.  Just my opinion of course.

Another current issue, that of the freely distributed YouTube  short film series, ‘Adult Wednesday Addams’ may serve as a useful parable here.  These 3-5  minute films by star Melissa Hunter and her crew were pulled from Melissa’s YouTube channel after an injunction was obtained by the estate of Charles Addams whose drawings served as the basis for The Addams Family television series and subsequent films.

However one can still easily find these episodes which appear, at least for a time, on others’ YouTube channels.  No money was apparently made here and Hunter’s site appears to be respecting the terms of the injunction.  The videos which are at once creative, entertaining, darkly funny and nostalgic certainly serve to illuminate the talents of Hunter and her associates and do not appear to present a credible threat to the Charles Addams Estate.  And it appears now that they can’t really make this Lessigian Remix (apologies for the clunky neologism) go away, ever.  So this raises the question of what such an injunction actually accomplishes.

I am in the process of cataloging and digitizing my archives and look forward to both listening and sharing them with folks who actually might have considered stealing those quirky CDs from my car.

I appreciate comments of course.