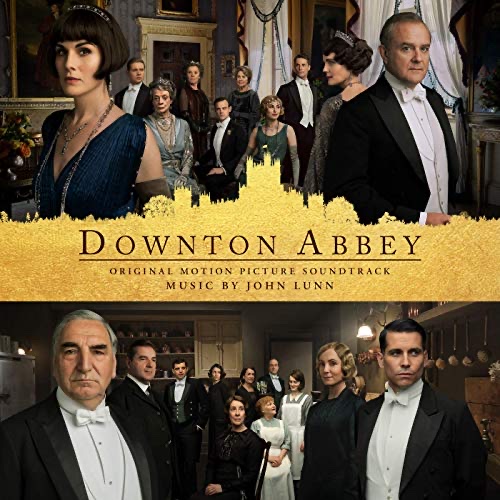 I have little expertise in the area of soundtrack music. It is my opinion that they largely serve as comforting souvenirs almost regardless of their quality.

John Lunn’s score does rise above the ordinary with its quasi post minimalist gentle music for this mini cult film. He is not Prokofiev or Herman but that level is not what is needed to support what is in the end a well written and well acted/directed costume drama.

Lunn does not burden his audience with obtuse or even obvious references to British music (folk or classical). No quotes from Nimrod or Rule Britannia (thank God). Just competent and unobtrusive incidental music for a decent film. Doubtless there will be a few live orchestra performances concurrent with screening the film in a concert setting. Enjoy the memories.

Danny Elfman (1953-) has had a varied and successful musical career working in diverse areas.  From his days as lead singer and songwriter for Oingo Boingo, he has cultivated his love of film music into a successful career having scored numerous films and television shows.

Now a great divide seems to exist between composers who score films and composers who compose for the concert hall.  Few have demonstrated the ability to be successful in both arenas.  Erich Wolfgang Korngold is a notable exception as is Aaron Copland.  Both men have succeeded rather famously in both film and classical concert hall music.  In fact John Williams, though known primarily as a film and television composer has written quite a bit for the concert hall as well.

Now here comes Danny Elfman, known best perhaps as the composer of the Simpsons them for the long running animated series.  He has gotten the bug to write for the concert hall and this recording presents two major works.  The first is his violin concerto “11/11)(2017) with soloist Sandy Cameron.  You can read the liner notes about the composer’s obsession with the number 11 or you can relax and enjoy a genuine violin concerto, not a reworking of themes as one might expect from a lesser composer.  The second is a nice addition to the chamber music repertoire, a piano quartet (2017).

The concerto is played by the wonderful Royal Scottish National Orchestra under the direction of the esteemed John Mauceri.  Sandy Cameron is the soloist who handles the concertos four movements flawlessly and does justice to Elfman’s work.  It’s really a beautiful piece.  Only time will tell the work’s eventual place in history but we can certainly enjoy it for what it is, a good and entertaining violin concerto.

This is stronger music than this reviewer had imagined would come from this composer’s pen.  I can’t say, “If you like his film scores you’ll like his music” but there are, perhaps inevitably, snippets of his film music style which work actually quite well.

This book took me a while to absorb.  It is the first book length treatment that this writer has seen on the subject of Philip Glass’ film music.  Some have suggested that his film music may wind up constituting his most enduring legacy and one need only listen casually to any number of film scores to hear his influence.

This is basically an academic treatise which is what one can reasonably expect from the Routledge imprint.  However the author seems to have taken care to transcend the adequate but sometimes dull prose which suffices for publication reasons but whose weight challenges the attention of all but the most stalwart of academic readers.  This book is quite readable and deserves to be read.

Admittedly it is risky to tread on the “meaning” of music but Evans here makes a case that places him in the company of Leonard B. Meyer’s book, Emotion and Meaning in Music.  Though it is clearly not an attempt to extend Meyer’s work, Evans is in good company as he seeks to examine the emotional content of Glass’ work that underlies his success as a film composer.  Film music, after all, tends to underscore the emotional content of cinematic images to some degree and those mechanisms can and should be examined.  The alternative would be to simply dismiss it as “magic” I suppose.

The cover which  depicts one of those wonderful live performances of Koyaanisqatsi triggers memories of this writer’s first viewing of this intimate and effective scoring of Godfrey Reggio’s non-narrative, no dialogue sequence of images.  Never had I seen/heard a more mesmerizing collaboration since the (stylistically very different) Carl Stallings cartoon scores which exist forever in the near subconscious recall of anyone who was exposed to his work in their childhood.

For many film music means the classic Erich Korngold, Alex North, Alfred Newman, etc. and their more recent successors like Elmer Bernstein, John Williams, etc.  But film music continues to evolve and, though this evolution will not likely supplant these classic styles, there is room for innovation and change.

Glass’ work in Koyaanisqatsi relied on the hypnotic minimalist patterns which amplified the character of the images.  Who knew then that his style could translate to more mainstream films?  But that is exactly what he has done and it is exactly why such a book needed to be written and Evans has accomplished a great deal here.

This is an intriguing and insightful book which opens potential for research in Glass’ music as well as film music in general.  While not the easiest of reads this book covers a lot of territory and is generously referenced.  Clearly there is much work to be done here and Evans has given a wonderful and pretty comprehensive start.  Highly recommended.