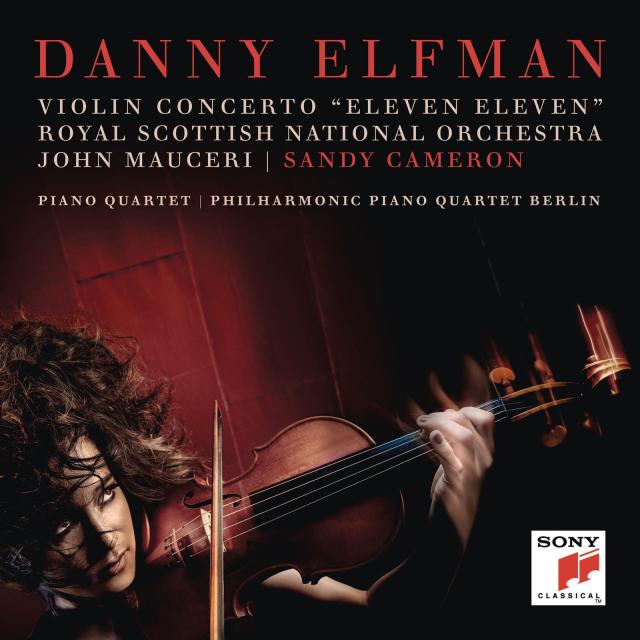 Danny Elfman (1953-) has had a varied and successful musical career working in diverse areas.  From his days as lead singer and songwriter for Oingo Boingo, he has cultivated his love of film music into a successful career having scored numerous films and television shows.

Now a great divide seems to exist between composers who score films and composers who compose for the concert hall.  Few have demonstrated the ability to be successful in both arenas.  Erich Wolfgang Korngold is a notable exception as is Aaron Copland.  Both men have succeeded rather famously in both film and classical concert hall music.  In fact John Williams, though known primarily as a film and television composer has written quite a bit for the concert hall as well.

Now here comes Danny Elfman, known best perhaps as the composer of the Simpsons them for the long running animated series.  He has gotten the bug to write for the concert hall and this recording presents two major works.  The first is his violin concerto “11/11)(2017) with soloist Sandy Cameron.  You can read the liner notes about the composer’s obsession with the number 11 or you can relax and enjoy a genuine violin concerto, not a reworking of themes as one might expect from a lesser composer.  The second is a nice addition to the chamber music repertoire, a piano quartet (2017).

The concerto is played by the wonderful Royal Scottish National Orchestra under the direction of the esteemed John Mauceri.  Sandy Cameron is the soloist who handles the concertos four movements flawlessly and does justice to Elfman’s work.  It’s really a beautiful piece.  Only time will tell the work’s eventual place in history but we can certainly enjoy it for what it is, a good and entertaining violin concerto.

This is stronger music than this reviewer had imagined would come from this composer’s pen.  I can’t say, “If you like his film scores you’ll like his music” but there are, perhaps inevitably, snippets of his film music style which work actually quite well.