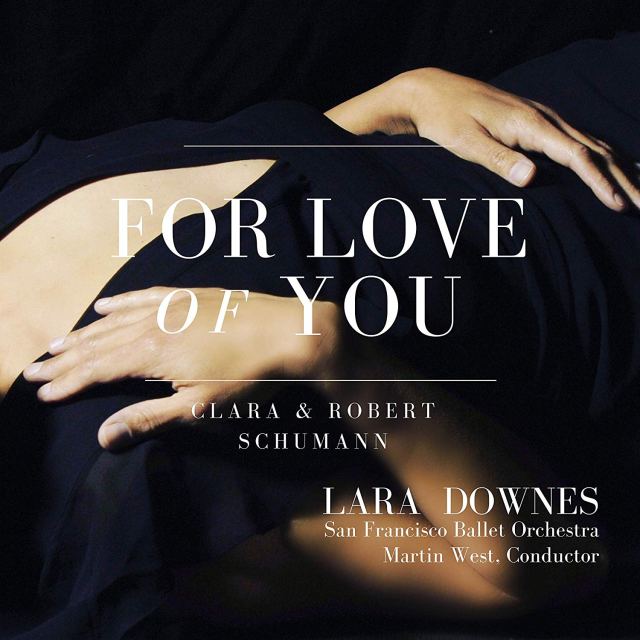 Though she has been performing and recording for a while now I first became aware of Lara Downes when I reviewed her truly excellent, America Again album in 2016.  Since then I have become aware of the incredible range of music which she has chosen to champion.  Her various projects have a distinctive Lara Downes fingerprint which establishes her brand in the music world.  She plays music from the 19th, 20th and 21st centuries with careful attention to women composers, minority composers, and a solid grounding in the more commonly heard recital works.

I jumped at the opportunity to see her play at the “Old First Concerts” in San Francisco later in 2016.  She played a friendly recital of mostly familiar classical works including the solo version of Gershwin’s Rhapsody in Blue and some Schumann pieces and a couple of selections from the just released America Again album.  Having taken some piano lessons I have a bit of awareness of how difficult this music can be but, as the title of my concert review suggested, Downes elevates the music such that it magically comes alive in ways that fledgling or average pianists can only dream.  The notes are the same but she makes them sing and watching her play is reminiscent of an Olympic athlete.  Don’t stand too close, lol.

It is her love of the 19th century romantic piano literature and her mission to highlight female artists that are the motivation behind this recent release.  Clara Schumann turned 200 years old in September, 2019 and this release is a gift to her and an affirmation of a musical romance of grand romantic dimensions.  The album features Schumann’s masterful Concerto as well as a selection of solo pieces by Clara and Robert.

“I’m the first of three sisters, and I grew up in a house full of girls and women. My sisters and I made music together, put on plays, shared our clothes and secrets, and navigated together the unpredictable waters of our inconstant childhood. We were a pack. The world of women has always been my home. But the world of my music – of my piano teachers and their teachers, the Great Pianists and Great Composers – was a world of male lineage and legacy. Except for Clara Schumann. When I read about her early  life – such a serious, dark-eyed little girl – I found something of myself. I played her music as soon as I could get my hands around it. As I grew up, the themes of her life resonated in my own:  a struggle for independence; a defiant romance, the work/family conflicts of the artist’s life… As my life unfolds, as a musician, a woman, a mother – I wonder at her accomplishments, her choices, her joys and her heartaches.”

This beautifully recorded disc (at Skywalker Ranch’s fine studios) opens grandly with a rendition of Schumann’s grand showpiece piano concerto which was written at the behest of Clara and dedicated to her.  She performs with the venerable San Francisco Ballet Orchestra under music director Martin West.  I don’t know other versions of this concerto well enough to make comparisons but it is clearly a piece she knows and loves and the concerto is a tribute to both Robert and Clara.  Her encouragement and collaborative suggestions technically make the piece speak well for both composers (Robert, who was an accomplished pianist, damaged his hand utilizing a mechanical stretching device and couldn’t play well anymore).

She follows this with some early solo piano pieces by Clara Schumann and a set of early works by Robert.  The style and level of compositional expertise is similar in both of their writing and Downes brings them lovingly, magically to life.  One only hopes that this will be but the first volume of more recordings of Clara’s work.  According to her website she has some mighty fascinating projects planned for completion in 2020, designated as “The Year of the Woman”, the 100th anniversary of women’s suffrage in this country.

As it is also an election year seeing more women than ever before in politics, literature, and music 2020 can’t avoid being an auspicious event and Downes will make her mark most decisively.  Meanwhile we can enjoy this first installment in anticipation of exciting developments and releases ahead.  Brava, Ms. Downes.  We’re watching and listening.