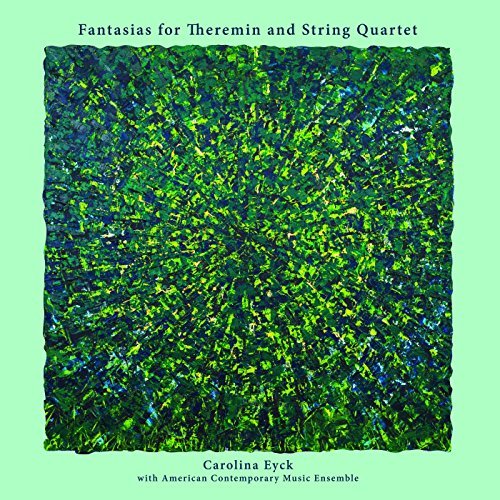 The Theremin, named after its inventor Leon Theremin (1896-1993), is an early electronic instrument which is controlled by the positioning of the performer’s hands in relation to two antennae.  One controls volume, the other pitch.  That’s it, a simple instrument but one which has had a tremendous impact on music and on the subsequent development of more sophisticated electronic instruments.  Perhaps it is best known for the brilliantly chilling effect created by Bernard Hermann’s use of it in his score for The Day the Earth Stood Still (1951).  Its subsequent appearance in the Beach Boys’ Good Vibrations (1966) was a testament to the instrument’s durability.

While several people, most notably Clara Rockmore (1911-1998) and Lydia Kavina (1967- ), have performed as soloists with the instrument it seems to have remained a niche phenomenon as a solo instrument.  This release by Carolina Eyck (1987- ) appears to begin a new era (or at least wider niche). Eyck is a gifted composer as well as a virtuoso and she uses a modified instrument, apparently with midi controlling capabilities (she uses an instrument made by Robert Moog of Moog Synthesizer fame). Many composers have also written new works for her Including Kalevi Aho whose Concerto for Theremin and Orchestra has been recorded by its dedicatee.  Lydia Kavina was a protege of Leon Theremin as well as Eyck’s first teacher thus creating an unbroken musical lineage.  This youngest practitioner now leads the way to the next generation of performance and composition for this 1919 invention. 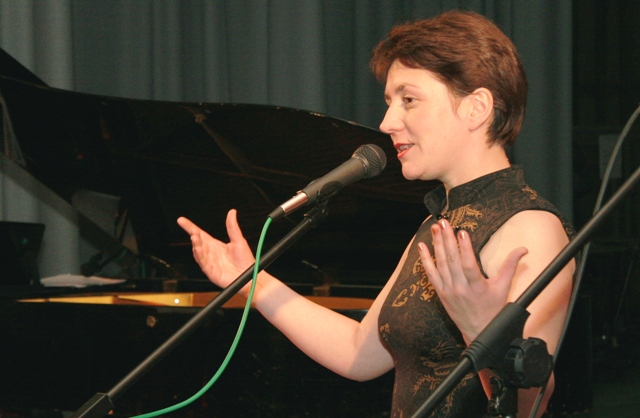 Recent photo of Lydia Kavina at a concert

The present release Fantasias for Theremin and String Quartet (2016) is Eyck’s ninth album in eight years.  I have not heard the previous eight albums but after hearing this one I do plan to seek them out.  The works presented here showcase both virtuosity and compositional invention of a high level.  I have enjoyed this album immensely.

Carolina Eyck in performance (from Wikipedia)

The six works on this disc have a post-minimal/impressionistic quality and do much to showcase the vocal like qualities of the instrument as well as the extended capabilities of Eyck’s customized personal choice of instrument.  She is accompanied here by the string quartet of the American Contemporary Music Ensemble (ACME) consisting of Caroline Shaw and Ben Russell, violins; Caleb Burhans, viola; and Clarice Jensen, cello.  They play beautifully together.

There is an “essay” by recording engineer Allen Farmelo which goes more into the conceptual context of the recording than the music.  Much is made of this disc being conceived for (vinyl) LP though it has not been issued as such as far as I can tell.  (Correction:  It has been brought to my attention that this recording is available on vinyl) The recording is lucid and listener friendly and the “LP” concept might explain why this disc is shorter than the average CD.  It is, despite its brevity, a lovely production and well worth your time.  Eyck, who also created the beautiful cover art, is an interesting artist at the beginnings of what looks like a great career as both composer and performer.