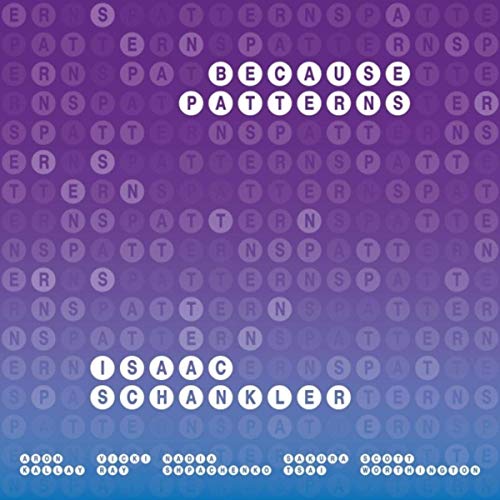 Isaac Schankler billed on their own website as “composer, etc.” clearly has a sense of humor but that characterization is as good as any to describe this composer, performer, teacher, writer.  Suffice it to say it is worth your time to check out that web site.

Schankler’s name and music are new to this writer’s eyes/ears bit it is delightful to make the acquaintance of this artist via the present release.  Three electroacoustic works are presented.  Schankler does the electronics and an array of musicians play the acoustic instruments.

The combination of acoustic instruments with electronics (fixed and/or interactive) goes back at least to Edgar Varese and has practitioners which include Mario Davidovsky, David Behrman, Milton Babbitt, and a host of others too numerous to discuss within the scope of this review.  The point is that Schankler seems to be a part of these traditions and has developed a personal way to work with this hybrid medium.

One of the problems this writer has experienced while trying to understand and write meaningfully about electronic music (with or without acoustic instruments) is that textbooks on such music seem to end their surveys in about 1990.  Add to that the fact that electronic music, once a category banished to a sort of appendix in the days of the Schwann Catalog, has now acquired multiple meanings.  Electronic music now apparently includes dance music, dark ambient musings reminiscent of Pink Floyd and Tangerine Dream, individual experiments typified by artists like David Lee Myers and Kim Cascone, and the original meaning with work by pioneers like Subotnick, Luening, Babbitt, etc.

This disc would have been listed in that little appendix I mentioned earlier if it had been released in the 70s or so.  It is, in this listener’s mind, classical electronic music.  Perhaps one could dance to it but it seems to be written with the intent of presenting musical ideas and highlighting the musical skills of performers on their acoustic instruments.  This one is best heard with headphones and serious attention.

The first track is Because Patterns/Deep State (2019) is a sort of reworking of two earlier pieces Because Patterns (2015) for prepared piano duo (Ray/Kallay Duo) and The Deep State (2017) for double bass and electronics.  There is an interview on Schankler’s website that discusses the composer’s processes in each piece and the reasons for combining the two into the present form.  The solo parts, such as they are, are performed by Aron Kallay and Vicki Ray on keyboards and Scott Worthington on double bass (curiously the soloists were recorded in different studios).

From a listener’s perspective one of the most striking things was how deeply embedded the solo performers are.  This is like a concerto grosso in which the instruments are more embedded in the texture.  It is a complex piece which demands the listener’s attention but ultimately rewards said listener in a musically satisfying way.  In short, your reviewer has only the faintest grasp of the processes involved but appreciates the end product.  At about 25 minutes this is a commitment but one worth tackling.

Mobile I (2009) is written for violin and electronics (interactive) and is described by the composer as an audio analogue of mobile sculpture.  Think Calder set to music perhaps.  Again regardless of the process the main concern for the listener is whether the result actually entertains. Here, where the soloist (Sakura Tsai) is more at the forefront, it is easier to hear the interactive nature of the music as the gestures of the violin are responded to by the electronics.  It is a form of call and response with the soloist in the lead and the electronics answering.

The third and final track is Future Feelings (2018) commissioned and premiered by Nadia Shpachenko and, according to the composer’s website was the result of experiments seeking pleasing sounds for the composer’s first child.  This is not a lullaby but rather a working out of ideas.  It works as a concert piece as intended but is probably not going to make its way onto a “soothing sounds for babies” CD any time soon.

This digital and vinyl release semis to have precious little in the way of notes to guide the listener but this label aerocade can be forgiven on the strength of their choices in repertoire and quality of recorded sound and the composer’s website is nicely designed and informative. Their release of the Post-Haste Duo was reviewed most favorably in these pages earlier and a quick scan of the label’s website suggests that this label (established by Meerenai Shim , who also did the lovely design of the cover, this is the 11th release of a label that deserves the attention of new music fanciers).  Links are provided for the interested listener, all of which will lead to a better understanding and will serve as a guide to find similarly interesting and creative music.